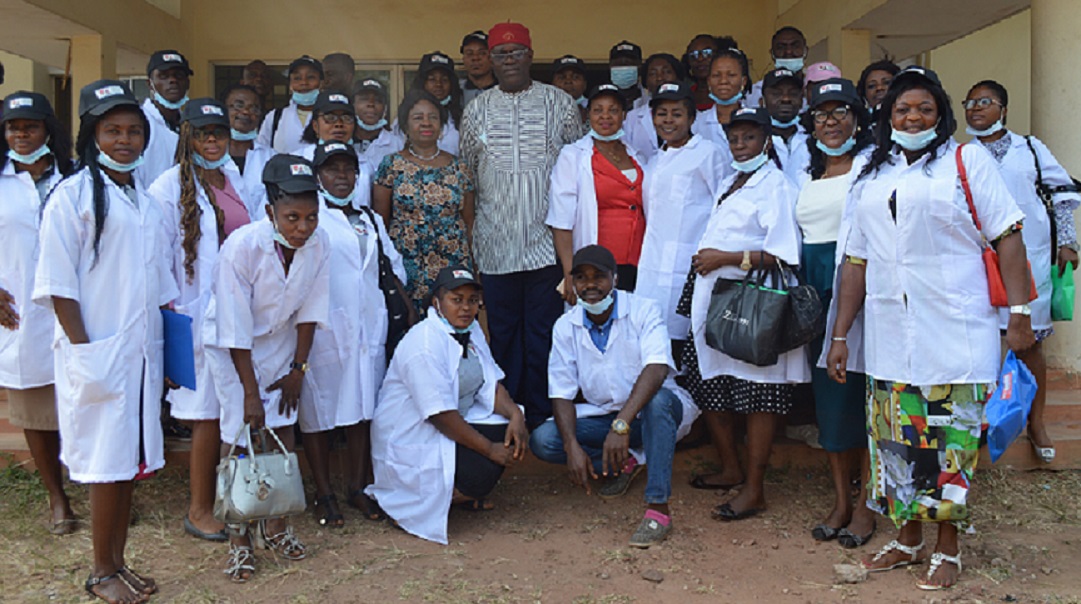 No fewer than 50 science teachers drawn from Enugu North and South Federal Constituency benefited from a two-week training programme that ended at the Scientific Equipment Development Institute (SEDI) in Enugu. The programme, sponsored by representative of Enugu North and South, Hon. Offor Chukwuegbo, exposed the teachers to modern techniques in teaching and application of new science kits.
Each of the beneficiaries went home with a new science kit and other teaching aids to help them to effectively impart the knowledge drawn from the programme.

Speaking during an event to mark the end of the programme at the weekend, Chukwuegbo stated that the training was aimed at improving their knowledge in sciences, stressing that it will help them in their daily academic activities. The lawmaker, who was represented by the Director General, Team Offor, Chiene I. Chiene, said the teachers were drawn from the various public secondary schools as part of efforts to give back to society. “Offor believes that part of his representation is capacity building. So, he decided to return to the masses what was given to him and organise the training for science teachers. He wants to ensure practical teaching of science and also that the teachers who are teaching science subjects are developed through trainings and workshops,” he said.
On what was expected from those that benefited from the programme, he stated that they should replicate the same level of knowledge when they get back to their various institutions, stressing: “With that, we would have achieved a mileage in science education.”

He thanked the authorities of SEDI for providing the atmosphere for the training as well as using her experts as facilitators, explaining that he would sponsor more teachers to train at the institute given resources in the nearest future.
Some of the teachers, who spoke commended the lawmaker for the opportunity and assured that they would replicate the experience in their schools for the benefit of those who did not participate and their students.